The precarious generation of creative workers


Despite hits from tuition fees and the rising cost of living in centres like London, there was a 25% increase in the numbers of students doing design and creative arts degrees in the UK between 2003 and 2010 – up from 139,000 to 174,000, which is around 7% of the total numbers of students.

So about 50,000 design and creative arts graduates are coming onto the labour market each year. Although many of them are overseas students, and despite the superficial vigour of the creative industries sector, this enormous number of new workers is far more than the creative industries can absorb. In 2011, more than 1/3 of creative graduates were without full-time work three years after graduation. In addition, the UK – and particularly London – is at least temporarily home to many mobile, underemployed young creative workers from EU countries where their economic prospects are dire. And these statistics of course exclude non-university educated workers coming into the creative industries fray. 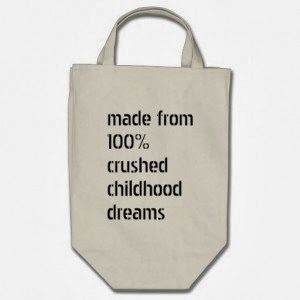 Traditionally, fine art graduates worked for gallerists as unpaid assistants or apprentice curators for low or no wages, in an industry which could be seen as one of the last strongholds of pre-C18th employment relations. This at least partly explains why the creative industries are playing such a prominent role in spreading temporary, part-time, unpaid or super exploited labour. Over the last 10 years, they have crossed over into design and the applied arts, the professions and other industries.

Many design agencies and arts organisations use a constant churn of skilled and productive long-term interns, sometimes comprising a third or more of the workforce, with only the more senior employees earning what would have been considered a decent income twenty years ago. Along with changes to the benefits system and the rise of workfare, this is one jaw of a pincer movement which has produced in a substantial layer of precarious young workers, sometimes called permalancers, carrotworkers or lifestyle hackers (GuyStanding).

‘Proletarianised’ creative (and other) workers have responded by developing agile, collaborative and creative approaches not just to work, but to the necessities of life including accommodation, leisure and social support, relying more or less entirely on their own resources and networks.

This is the other half of the ‘innovation’ story, and it’s where we should look to understand why creative workers may be particularly responsive to the utility of a model defined as ‘men and women coming together to meet their shared economic, social and cultural needs through a jointly owned and democratically controlled enterprise’ - the co-operative.

“The people in my network don’t really understand the difference between employment and self-employment. I know that being employed brings rights which self-employed people don’t have, like holiday and sick pay, protection against discrimination and unfair dismissal, redundancy pay and so on. I sometimes think that our generation hasn’t fought for or defended those rights, so we don’t understand them.”

Those are (more or less) the words of an educated ‘GenerationY’-er. It’s suggestive of the extent to which her cohort has become so detached from traditional educated working class discourse, attitudes and protocols that it regards them as almost irrelevant, along with trade unionism and representative politics.

The following remarks are based on my experience of working with groups of young creative workers as a co-operative business advisor, and also my conversations with individuals and groups of students, teachers and graduates about the nature and benefits of co-operative approaches to work and creative life, at institutions including City University, The University of the Arts (Camberwell, LCC and Central St Martins), East London, Bristol and Brighton Universities, the Royal College of Art and Goldsmiths.

I have focused here on young workers in design and applied arts. The wider creative industries context has much in common with other industry sectors, as does the situation of young workers here and elsewhere in the world.

What’s perhaps special about creative industries and creative workers is their degree of familiarity with sharing technologies and shallow-hierarchy enterprise models, strong social clustering and peer networking of workers, geographical clustering of businesses, and the relative parity of status and skills.

We can’t predict the desire or capacity of any group of people participating in an industry to create a wave of co-operative formations, but I do believe that this is as good a bet for us as any. As part of a sector-by-sector co-op development strategy, it would mean honing careful messages and delivering them to potentially receptive audiences using a network of competent activists, using resources developed centrally, then following words with practical support.